I’m going to start by saying that I totally expected to have had this playthrough wrapped up by now, but taking notes and typing up has definetly added to the play time.

The hunt for the third and final ingredient that I need to create the potion needed to cure Cid, or at least Doctor Tot believes it will cure him. I ask all over the Business District but nobody seems to have a clue what Zidane is on about, eventually I make my way to the weapons shop, the guy in there suggests I speak to Alice, who just so happens to be stood outside. She stands out a mile too as she’s dressed in a beautiful gown and it just so happens the potion I’m missing is the “Beautiful Potion”. Alice claims she actually has it! She then drags Zidane around the corner and begins to search through her dress for it, once she finds it she gives it to him for free saying that “it’s too old to sell anyway”.

Before heading back to the castle I have the Synthesist craft me some more equipment. I live his workshop with a Pearl Rouge, Anklet, Reflect Ring, Extension, Fairy Earrings, Burette and Gold Choker, then I make my way to deliver the ingredients to Minister Artania and Doctor Tot. 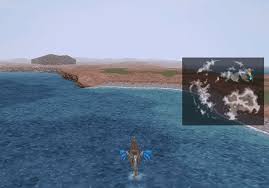 The Doctor mixes the three potions together and applies the mixture to Cid straight away. The potion does indeed change him, but not back into a human, instead he’s been turned from an Oglop into a Frog, Quina better not get to meet him in this state. Anyway, he’s understandably far from happy and he summons everyone to the conference room, he’s had enough of potions and medicines. He declares that they must find Kuja, Steiner reminds him they don’t have a ship, but the Regent instructs Master Artania to “ready the ship we stole in Alexandria”. Vivi is still upset about the revelation that Black Mages were aboard Kuja’s ship during the attack on Alexandria, he wants to go to the village to find out more, the rest are in agreement that this is a good idea and Cid agrees to let them go, instructing everybody to meet at the harbor.

We get a brief glimpse of where Quina’s been, s/he is currently lost in Lindblum but they seem perfectly content, especially as they get to try Lindblums local delicacy “Gysahl Pickles” which you may remember Steiner once filling a big with and hiding Dagger amongst them when he was trying to smuggle her back into Alexandria.

Once at the harbor Zidane boards the Blue Narciss and is surprised to see Quina there too (to be fair, he’s not the only one considering the little scene we’ve just had). When s/he see’s Cid for the first time s/he is almost speechless, s/he’s amazed at a talking frog and whilst they pondor whether to eat him or not, Zidane warns Cid of their love for frogs.

For the first time in ages I get to choose my party. This time I go with Zidane, Freya, Vivi and Eiko, for not at least. I’m heading for the Black Mage Village on Outer Continent. Once I disembark the Blue Narciss I come across a Ladybird who wants some Ore (rather than me fight it) which I obviously hand over.

The village appears to be deserted and Vivi races off to investigate. Zidane also takes a look around, every building is vacant, well apart from all the owls. However one Mage has stayed behind. No. 288 is at the cemetary with Vivi, he tells them everyone else bar himself and two others went with Kuja after he had promised to be able to extend their lives. 288 refuses to tell Zidane where Kuja took them as he doesn’t want to betray the others, after that he refuses to speak at all.

Vivi heads to the Chocobo Shack to speak to the other two Mages who have stayed behind. Zidane follows behind and finds Vivi banging on the door, there’s quite a while before anyone answers but eventually one of the two Mages bursts out and declare’s “It’s born!”. Inside both the Black Mages are celebrating the birth of a baby Chococbo, No. 111 tells Vivi that they were going to leave with the others, but someone needed to stay behind for the Chocobo, so they did. Vivi then find 288 stoof outside, he asks him if he’s also going to “stop” soon, but 288 can’t answer his questions. He does however reveal the location of Kuja’s “secret palace”. He says its on the eastern side of the continent, buried underneath quicksand.