It seems a bit, well, off, to be discussing a zombie apocalypse story amongst the current COVID-19 pandemic, where over a third of the worlds population (at the time of writing) are in some kind of lockdown. But hey, thats where we’re at. The Kingdom of the Gods is the Manwha (Korean Manga) that the Netflix show Kingdom is based up. For clarities sake, I’ve not yet watched Kingdom, though it is on my watchlist, so I’ve gone into this totally blind.

The blurb for The Kingdom of the Gods tells us that Joseon has been plunged into a war, a young prince, Yi Moon, see’s all of his bodyguards slaughtered and has to rely on a hired mountain mercenary, Jae-Ha, to help him return home to Jiyulheon. The period feels like a feudal Japan era, but the mention of Joseon places that in a period of time prior to the formation of Korea, somewhere between the 14th and 19th Centuries, though bits all still in a fantasy setting.

The tale does some interesting things within the zombie genre, now these have all probably done elsewhere before, but In-Wan youn, Eun-hee Kim and Kyung-Il Yang have realised them exceptionally and made the whole thing highly coherent but to lay everything down here would spoil both the Manwha and (possibly) the TV show, but if you’re a fan of the genre, certainly give one or the other a chance.

It’s the artwork that really gives the setting life and led me down the path of trying to track down the history of this book, which seems to have been wrapped up in a webcomic (that’s also vanished so I’m not sure if this is the webcomic printed in a book) before the writer of that went on to write the Netflix show, even so, the artist Kyung-Il Yang has done some phenominal work here. Jae-Ha in particular is a stunninly realised character that looks and feels dangerous in the coolest way possible. Action sequences play out over several pages at times and it mixes the horror with gore and the pacing of something like the fights in the anime adaptation of Bleach absolutely perfectly.

What is unfortunate, however, is that it feels unfinished. The four chapters collected here absolutely fly by, especially with all the multi-page action sequences, and I’m not entirely sure if the story was ever continued after these four chapters were concluded but its left me wanting more and definetly now itching to watch the Netflix show. If it was indeed abandoned in favour of that I do hope that Viz can tempt the trio to return to it. Especially as, in order to flesh the book out, Viz have included an additional, slightly shorter story at the back of the book thats also pretty entertaining, but the main feature is worth picking this up for in itself. 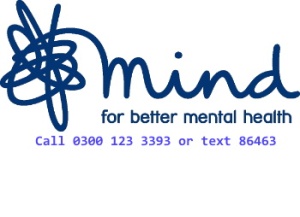